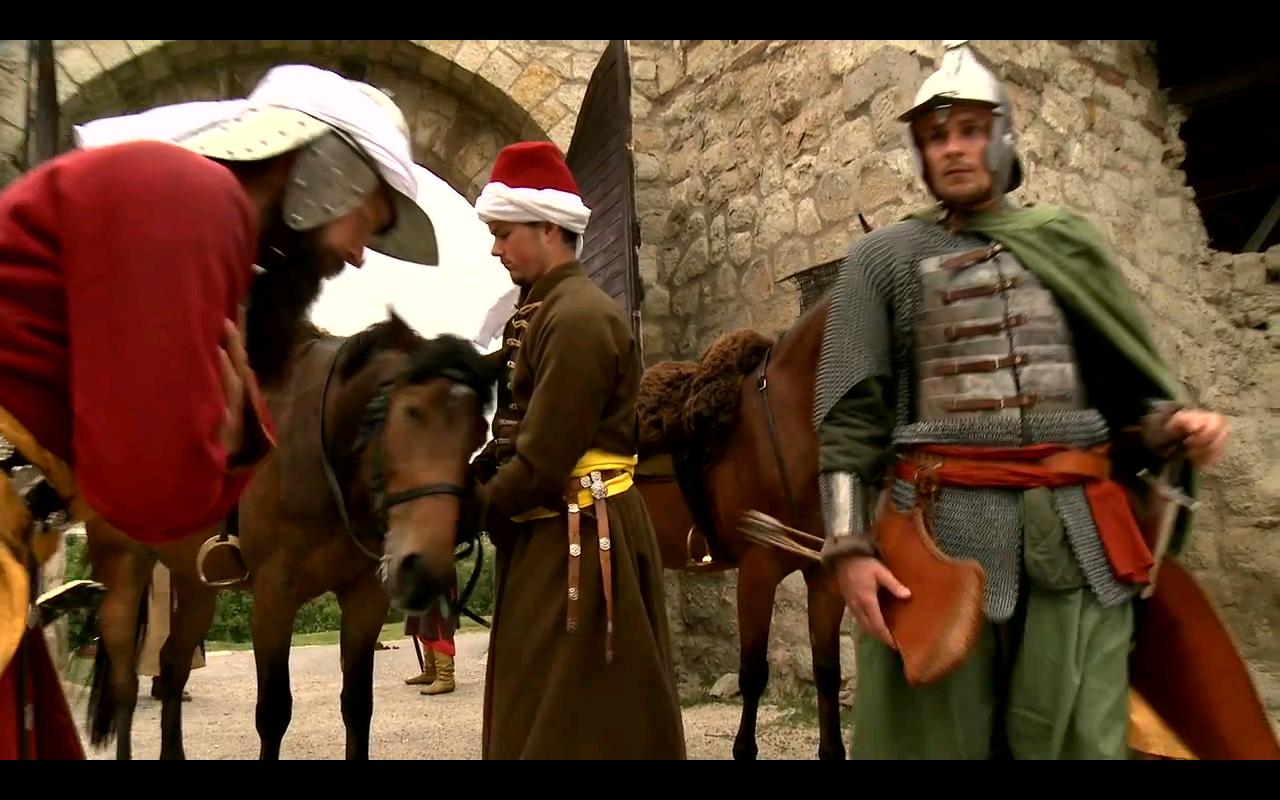 2014. 03. 31.: I have added a detailed description of the kalkan weaving process with pictures. In "Equipment - Shields".

2014. 03. 31.: I continously translate my work on the suspension of XVII. century quivers (archer's belt) to English. In "Equipment - Archery equipment"

I have made this website to support "Middle-eastern reenactment", to revive the warfare of the Mamluks, and because it is strongly related to, the neighbouring empires, like the Persians and the Ottoman Turks.

I have participated on many reenactment festivals in my homeland, Hungary, and have seen pictures of many from all around the world. As far as I have seen, the so called "western" side is of high standard. The medieval knights, archers, footmen, everyday folks of western Europe are deeply studied and perfectly portrayed.

However, the "eastern" side is at a much lower level. Surely, such a luxury, like historical reenactment cannot spread quickly because of the political situation and the lower standard of living in many middle-eastern countries. Therefore in festivals the "Saracens" or Turks were portrayed many times poorly, even with fantasy weapons. Fortunately, more and more reenactors appear, there are mounted, armoured archers in Turkey, a mounted archery competition was held in Jordan. I hope - and with this site I would like to help - to see regiments of Mamluk, Turk, Persian, (Saracen reenactment, if You would like) mounted warriors in full armour, equipped with the whole arsenal.

A short film about the fortress of Sirok occupied by Ottomans. I act the sipahi:

This website was built with Webnode
You can also have an impressive website for free!
Try it out